Owning an old home is a delightful experience but it’s certainly not for the faint hearted. Houses built in a different era ooze charm and history but also have a fair share of quirks and more expensive upkeep. But for me, it’s absolutely worth it to live in home that is cozy and unique.

My spouse and I always wanted an older home. I grew up in a 1950s ranch that lacked any character and my spouse lived in a Four Square (farmhouse style). I naively thought it would be grand to rescue a Victorian and bringing it back to life, a notion I can partially attribute to the game of Life. It wasn’t until we lived in an unrestored Victorian for a year that I was quickly disabused of this fantasy.

It was one of those monster mansions that had been turned into two rental units. Our part was only 60% of the house but occupied 2,700 square feet. It had incredible woodwork like a parquet entry floor, a grand bay window, and a painted mural in the dining room. But it also had the original single-pane windows, a boiler that could not be relied on, nonexistent insulation, and no air conditioning (I know, I know, #firstworldproblems). We saw firsthand the insane amount of work needed to bring it back to its former glory – it would have taken an investment that far exceeded the property’s worth.

When we were house hunting, we were fortunate enough to find a place that had retained its historic atmosphere but had all the right structural and mechanical updates. We toured the house during a snow storm and instantly fell in love with the living room. From the wood trim and original floors to the fireplace and flanking windows, we were smitten. It checked off everything we were looking for and more.

Our home was built in 1927. Architecturally, it’s classified as a “modern” style. It’s 1.5 stories, but it’s not a Cape Cod cottage or Craftsman bungalow: there’s no porch, low roof pitch, gables, built-in cabinetry, or dormers. Yet there are decorative flourishes that have been borrowed from that era, most notably this amazing arch. Thank goodness the previous owners didn’t paint over it!

All of the doors are solid wood with the original crystal knobs and brass plating, which were really popular in the 1920s for all house styles. The front door even has these cute window panes that are distinctly Craftsman.

We also get compliments on our floors, which are original as well. I love that there’s hardwood throughout the entire first floor. I couldn’t tell you the species but I love the grain variation and skinny planks. You simply can’t get this look anymore without coughing up serious money.

The brickwork is another point of pride. The chimney exterior, which runs the entire 1.5 stories, has this beautiful patchwork of colors: rusty reds, eggplant purples, dusty browns, and grey-green hues. It’s intriguing that this same array of tones is not only used on our foundation, but you can spot it on a number of other homes in our neighborhood. It reminds me of the Peoples Saving Bank (which is Popoli Ristorante to locals), a 1911 structure designed by Louis Sullivan that also uses a tapestry of brick colors.

I’m thankful that the previous homeowners made key updates, like remodeling the kitchen and downstairs bathroom. They also converted the original attic into a master suite complete with a full bath. We’re sitting pretty with a newer roof, a moderately older HVAC system, double-hung windows, and a relatively recent water heater. The only thing we’ve done is change a blood red bathroom to a sunny yellow one.

Ok, we had to replace the water service line two days after moving in, but that’s a whole ’nother blog post …

Despite our great fortune with the condition of our home, we’re realistic that an older property requires greater levels of maintenance. Mostly it’s little things, like making sure there are no more cracks in the plaster walls. Or dealing with only one small floor register for both the dining room and kitchen so it’s always chilly in that spot. Or that mowing is a pain because the lot is shaped like a pie piece rather than a square. Or that one bedroom doesn’t have a door because the house has sagged just enough that it doesn’t fit on the frame by a full quarter inch.

Which leads me to our most pressing issue: the cinder block foundation. These foundations start leaning over time and ours is no exception (we also have a giant tree and its roots are only adding to the problem). Two of the walls have already been reinforced by steel support beams. It’s not an unstable situation, but there are noticeable signs that the house is bowing (and we knew that before making an offer). It’s a 2018 goal of mine to get a few estimates for options that aren’t as drastic as a full foundation replacement. <shudder>

The garage is also original to the property, complete with a 70s-era bump out. It’s an oversized storage shed at this point because we’re off an alley and the gravel has been graded enough times that it’s a foot below the door. It’s also leaning slightly, though not structurally unsafe, and has no electricity. Which means that any future plans to modify or rebuild it will be expensive.

But I don’t view these as undesirable hassles – it just comes with the territory of owning a house that is 90 years old. No matter when your home was built, there are always sunken maintenance costs that don’t improve the value of the property but are nonetheless necessary.

I’m proud to live in a home that isn’t cookie cutter. I love that we picked a forever home that is just the right size for us. And I can’t wait to throw our house a 100-year birthday party in 2027.

What is your favorite part about your house? Or what kind of home do you dream of owning one day? 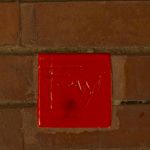 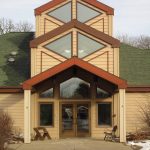